The #MakeoverMonday topic for this week was diversity amongst tech companies. The original visualisation was by David McCandless and takes the form of a number of bar charts: 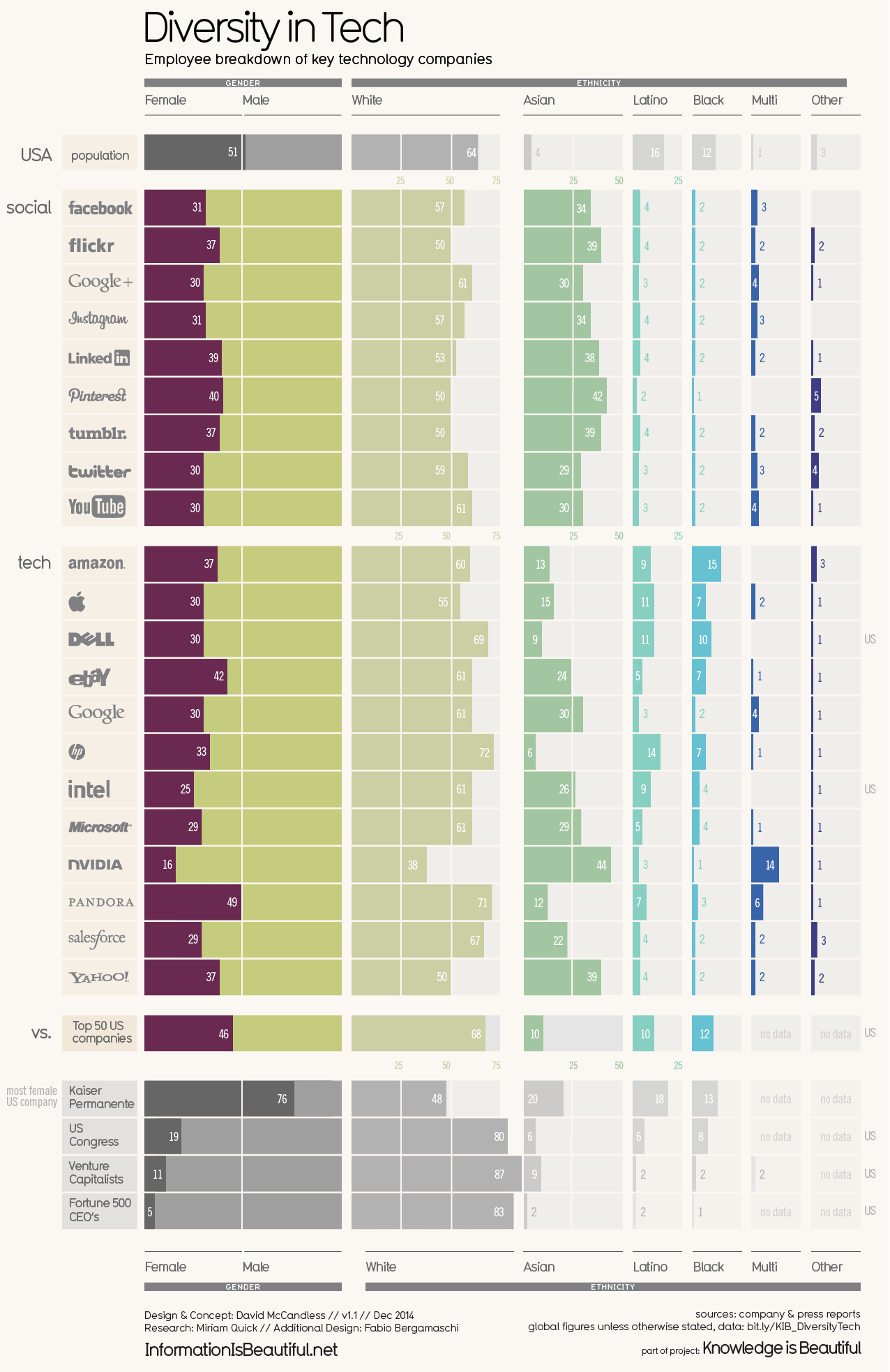 I came up with a similar approach, using something close to a bullet chart to show the data: 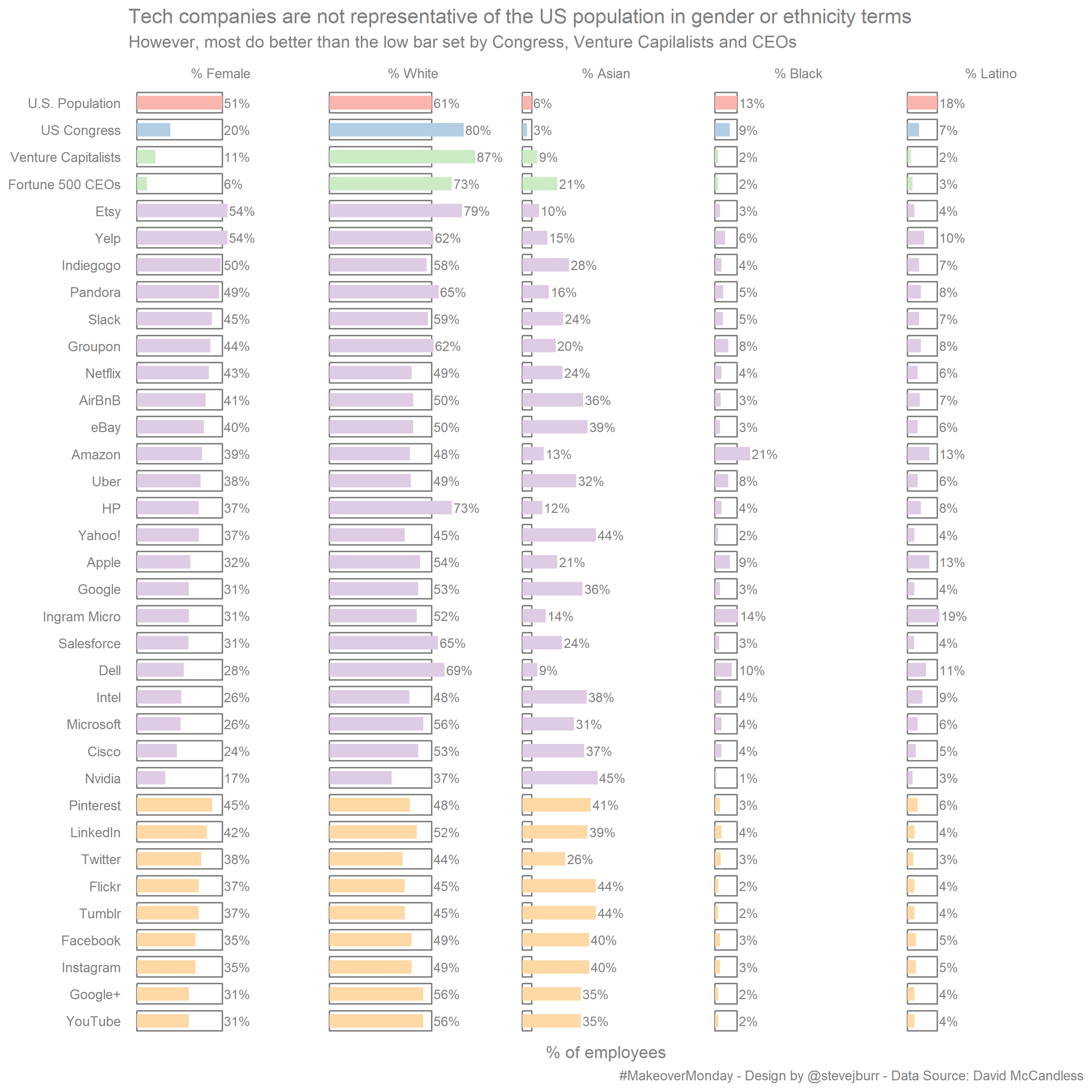 My version definitely looks less polished than the original, and if I were to spend more time it would be on this aspect. However, I think it is more effectively showing me the information that I want to know than the original.

The dataset can be found on data.world and my code is on my Github.