This week #MakeoverMonday was looking at a dataset related to the make up of the US population, specfically at which point will those aged over 65 start to outnumber children aged under 18.

The topic / data is very similar to the one I looked at a couple of weeks back when I was trying to recreate one of Nathan Yau’s visualisations.

Instead of using some of that existing code, I decided to take a fresh look and do something else from scratch. Like last week, I wanted to make sure that I completed my visualisation in under and hour, and I was again successful at doing this though it does place some limits on what’s possible in terms of fine tuning the visualisation.

The original visualisation looks as follows: 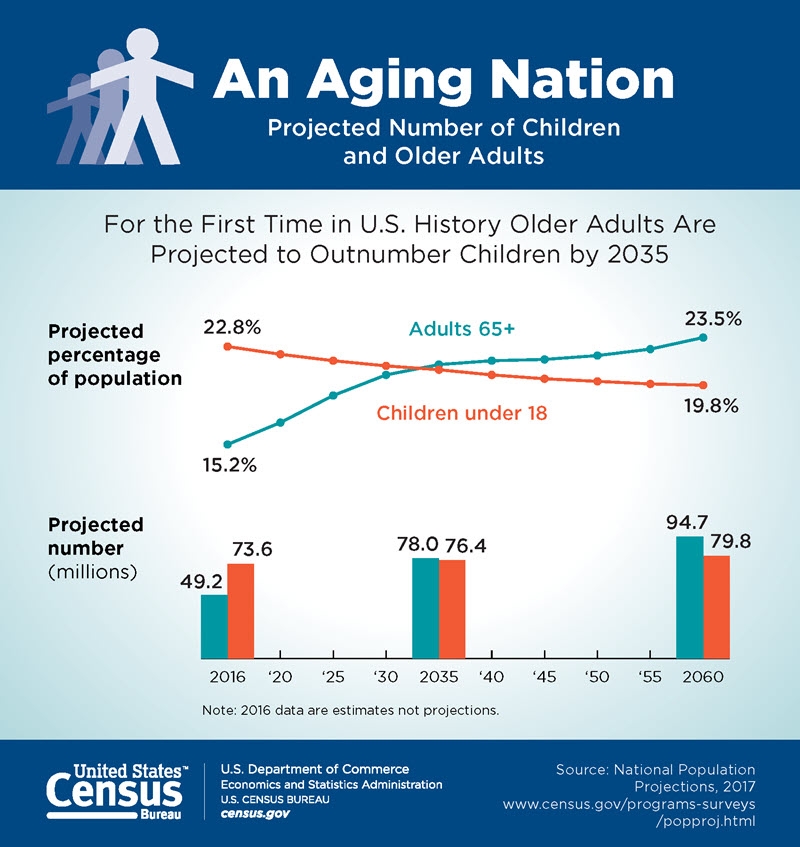 I liked how Andy Kriebel showed multiple dimensions of the dataset by showing seperate plots for each combination of gender and ethnic origin in the starting dataset. I decided to use a similar approach as the starting point for my version.

Instead of using line charts to show the change overtime, I decided to use animated bar charts.

There are definite pros and cons to this choice - you can’t work out the crossing points at a glance in the same way as you can with the line chart approach. But animations do seem to do a good job of catching people’s interest compared to static visualisations. Additionally when you have two bars next to each other, you can fairly easily compare their heights to visually understand the relative proportions while directly showing the absolute sizes. In other words, the animated bar chart does the job of both the static line and bar charts from the original visualisation.

I think a line chart approach is probably more useful, especially if someone wants to make multiple comparisons in a non-linear way. For example, you can’t do any easy visual comparison between groups across time in my visualisation because you can only see a single year at a time.

The original data can be found here and my code to produce the animation using R is on Github.